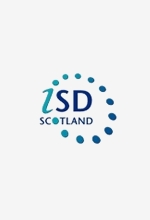 The SAOHS was carried out as a pilot project in 2015/16 with the support and approval of the Scottish Dental Epidemiology Co-ordinating Committee (SDECC). The principal aim of this pilot project was to assess the feasibility of conducting a survey of adult oral health across Scotland, within an age defined group of people attending dental primary care for an examination appointment.

Prior to this report, the most recent epidemiological survey which included a professional oral examination of the oral health of Scotland’s adult population was carried out as part of the 1998 UK Adult Dental Health Survey (ADHS).

Back to News index